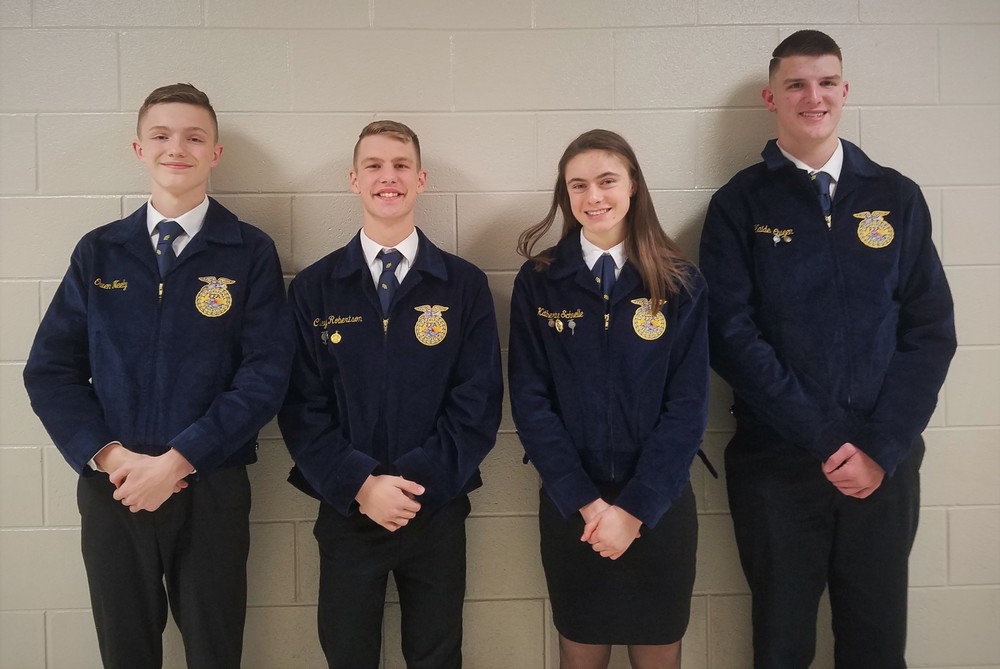 These four students competed in the Southwest FFA District speaking contests last night at Aurora high school. We are very proud of all of them for their hard work and dedication. Haiden Queen received third in the preliminary round in the Missouri Pork Producers contest. Katie Schnelle and Clayton Robertson both earned second place with their speeches in the Missouri Quarter Horse and the Soil & Water Conservation Association divisions respectively. Finally, Owen Neely placed first in the Missouri Young Farmers Young Farm Wives Association Contest with his speech, “How can we agvocate after graduation?” Owen will go on to compete at their state convention in February. 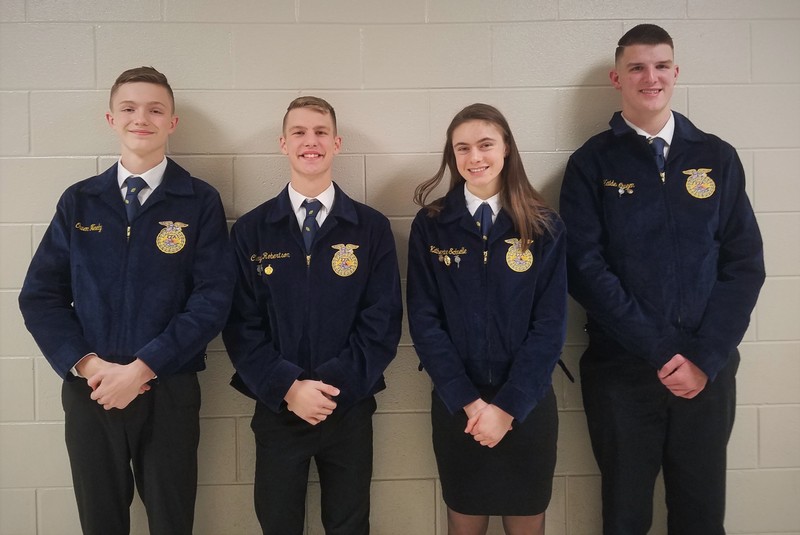